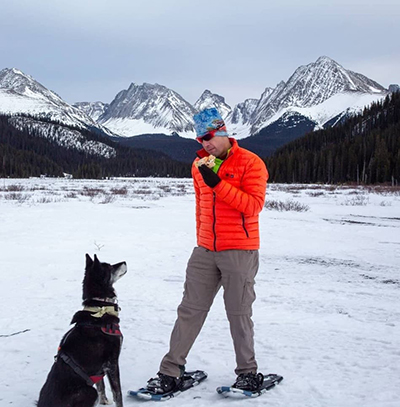 In this edition of the Snowy Owl Sled Dog Tours ‘Adoption Update’ we catch up with husky hero, Volcano! We are grateful that Volcano’s owner, Ian, volunteers his time taking our husky heroes who are available for adoption out on adventures with Volcano! Follow along on all of their outings in the Canmore and Banff area on their Instagram account: @senioradventurepups

What’s Your Name and the Name of Your Husky Hero?

Where Do You Live?

When Did You Adopt Your Dog Volcano?

Two adults, three teenage boys living at home. Two adult girls away at university. At the time of adoption we had a 9 year old rescue names Links. 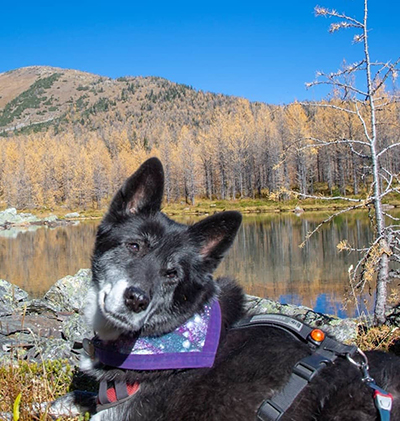 What Motivated You to Adopt a Retired Sled Dog?

We followed Snowy Owl on Facebook and thought it would be nice to get a companion for our dog, who was 9 at the time, so the two dogs could enjoy their golden years together. We hoped that by having two dogs it would provide benefit to both dogs, to have a mini pack. We chose a Snowy Owl dog instead of another SPCA as we knew the Snowy Owl dogs were well trained and would learn quickly. We also hoped we would be able to add positive life experiences to the Snowy Owl dog.

What Does Your Family Love Most About Having a Husky Hero Join Your Home?

Watching the two dogs together. Inside the house Volcano completely deferred to Links as the leader, guess because he was there first. They followed each other around and would sit together on a mat. Having Volcano also added a new dimension to our adventures as many things were new for her.

What 3 Activities Does Volcano Enjoy the Most? 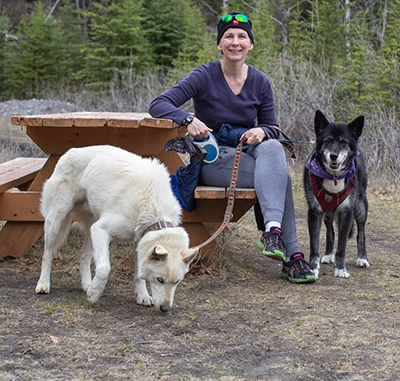 What New Skills Has Volcano Learned Since Living With You?

Volcano sits and waits until we enter the house before she is allowed in. Volcano is very well leashed trained and does not pull. She has also learned how to pre-clean the dinner plates before we put them into the dishwasher.

Volcano also discovered the BALL. Volcano is a total ball dog. She loves to run around the yard and chase her ball, she is not great at sharing it though. Part of the fun is chewing on it, we have discovered that the Chuck It balls are Volcano proof, tennis balls, not so much, they last about a minute before Volcano rips them apart. Volcano is interested in any type of ball. During dogs walks the kids are playing basketball she is alert and staring at them wanting the ball. Walking by the tennis courts in Canmore is quite a spectacle as Volcano tracks the ball through the air back and forth. You can see she is just dying to go get the ball.

Did Adopting Volcano Meet Your Expectations?

YES. Volcano has added to our lives by her involvement in our activities and watching her have new experiences, hiking, camping, backpacking, living in a house with three boys. She continues to amaze us with her willingness to go outside on our adventures, although she does tire out a little quicker now. Volcano is not a couch dog, she is keen and eager to go out every day.

Are you interested in adopting a husky hero? Take a look at our retired sled dogs available for adoption. 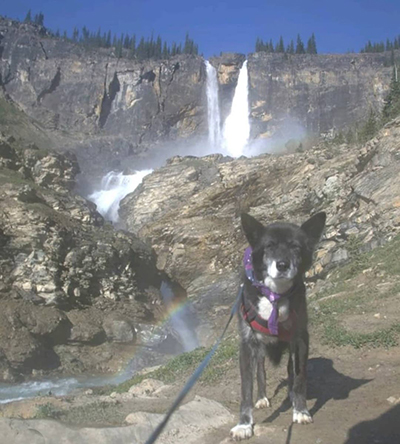 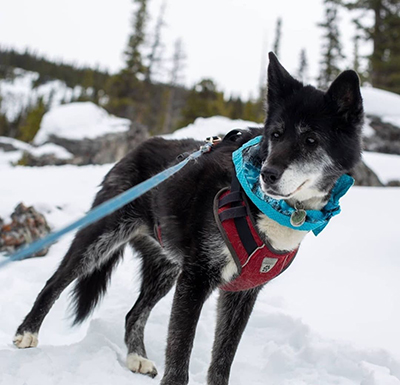